Back in the early 1980s four young men shared an interest in playing with toy soldiers, spaghetti westerns, Monty Pythons Flying Circus and old Western films. The leader of this little gang was the inspirational Ian Beck who devised a means of playing a game that combined elements of all four of those passions. To this end, he came up with an ingenious idea whereby all the players were on the same side and had to work cooperatively to defeat the Indians and defend the various civilians populating the table.

Our main aim at the time was to use them to stage a spectacular participation game to take around wargames shows, and while it was nice to see the work in print, the actual publication of the rules themselves was not the main object of the exercise. The original set was printed (and reprinted) by the long-defunct Tabletop Games and proved hugely successful. Ian’s novel mechanics, exuberant writing style and flair for presentation made the whole concept an instant hit.

The Pony Wars rules themselves were out of print for many years. Remaining copies were collector’s items and extremely rare. The good news is that Pony was in now available in a brand new reprint.

The new edition is a faithful reproduction of the original rules with nothing changed or added. However, it has been brought up to modern production standards with a professional layout, full-colour printing and hardback covers. Some acknowledgement to the development of the hobby has been made with appendices for using the rules for other sized figures than the original 15mm and an up to date listing of suitable figures in scales from 6mm to 28mm. The rulebook is accompanied by a double-sized deck of full colour, laminated incident cards.

Very sadly, Ian died in a car accident in the mid-1980s. This was a huge loss to his family, his many friends and the wargames hobby as a whole. His ability to come up with novel ideas and concepts and express them clearly and with style has never been matched. 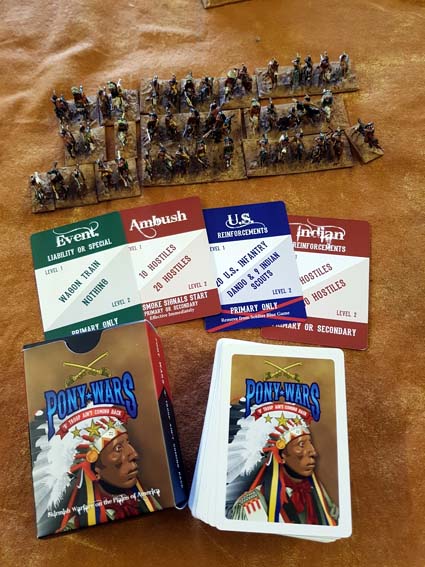 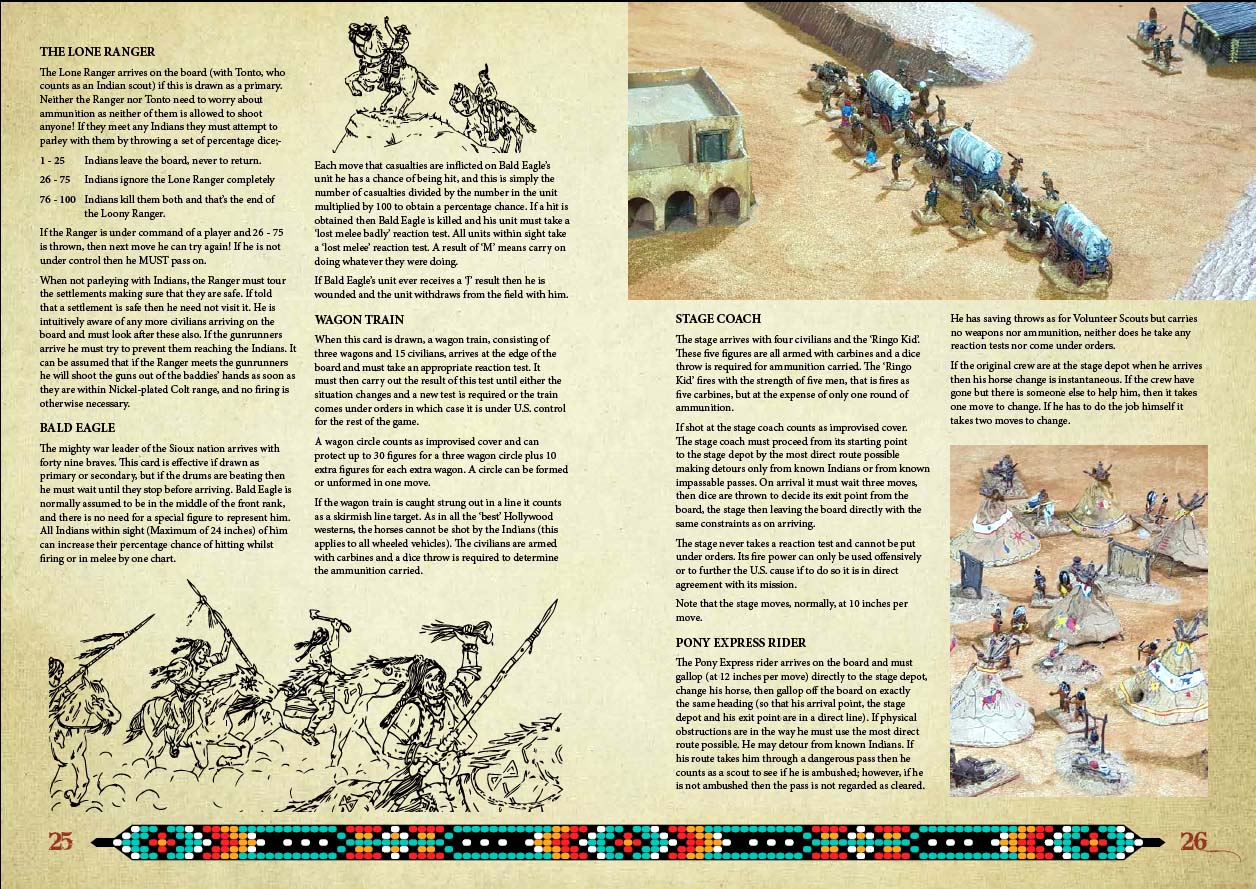 The rules are available to buy from Baccus 6mm HERE.

There is an active Pony Wars page on Facebook where members discuss all aspects of the rules, figures and scenery used in the game HERE.

This section is for downloads of game aid, reference sheets and new rules and scenarios.